Fuel stabilizer is a must for all marine engines, including boat motors. It acts as an octane booster and also prevents fuel from going bad. Fuel stabilizer is not only used in boats though; motorcycles, lawnmowers, generators and other gasoline-powered equipment use it too.

One of the most common questions people have when they are researching fuel stabilizers is which one to buy? Star Tron or Stabil? We will answer that question below with a detailed comparison between the two products.

All you need to know about Star Tron Fuel Stabilizer

Star Tron is an enzyme-based formula that helps break down gums, varnish, water and other contaminants in gasoline or diesel fuel systems. It also prevents future deposits from forming by keeping existing residues in suspension until the engine burns them up during normal operation.

It works in all 2 and 4 cycle engines – cars, trucks, motorcycles, boats – even lawnmowers! It keeps the carburettor clean by breaking down gum and varnish deposits caused by ethanol fuels. 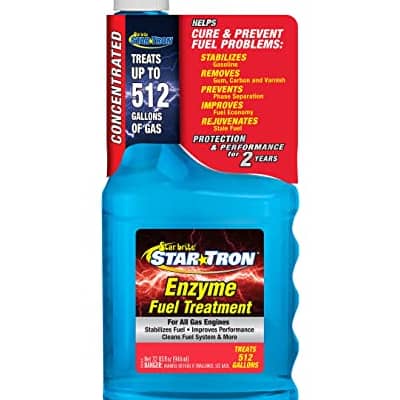 All you need to know about Stabil Fuel Stabilizer

Stabil Fuel Stabilizer works differently than Star Tron because it contains additives that prevent corrosion inside metal parts of the engine as well as stabilizing the gas itself so it doesn’t go bad over time.

This product also prevents problems with old gas but it does so through chemical stabilization instead of enzymes as Star Tron does. The stabilizers work on both new and used gasoline to prevent phase separation (separation of water from the gasoline) which can lead to corrosion inside your engine if not treated properly before storage or use during cold weather months when condensation occurs more often than usual within the tank itself.

Both can benefit any vehicle, but there are some cases where one may be better than another depending on what kind of issues you have with your current system.

So let’s get into it! 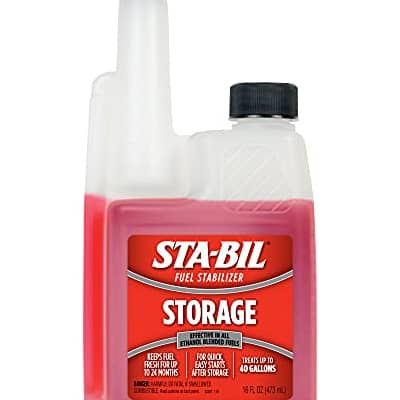 A fuel stabilizer can help you out if you don’t drive often and your engine sits for a long time. Sta-Bil Fuel Stabilizer is made specifically to keep a sat automobile running smoothly. It may preserve your current fuel fresh and operational for up to 24 months.

Another difference between star Tron fuel and Stabil is the price. Star Tron costs $50 for 20 gallons while Stabil will cost $80. So if you’re looking for an affordable way to improve the performance of your car or truck, try mixing star Tron with regular unleaded gas.

One major benefit to using Stabil fuel is that there’s almost no odor compared to the strong smell of regular gasoline. It’s definitely much easier to drive with this fuel as well since you won’t be bothered by the smell.

And when it comes to saving money, that makes a big difference! When searching for high octane fuel, many people assume that it tastes bad. But once again, Stabil fuel proves them wrong.

It tastes just like anything else; there isn’t any flavor added to it when compared to traditional fuels. The only thing you’ll notice when putting Stabil in your vehicle is an improvement in mileage and power.

Another main difference is that Star Tron is an enzyme-based fuel additive, while Stabil is a petroleum-based product. While both products are effective at removing built-up corrosion in your engine, they work very differently.

If you’re looking for something that will keep your engine running smoothly without having to change out parts or rebuild it entirely, then Star Tron might be the better option for you. It’s also safe to use with all fuels including ethanol blends up to E85.

If you have concerns about using petroleum-based additives on ethanol blends or if you need something that can help prevent future buildups of corrosion from occurring, then Stabil may be a better choice for you.

The Bottom Line- Which fuel stabilizer to choose?

Star Tron and Stabil are both great options. They’re both designed to keep your engine running smoothly, even in the harshest conditions. But they work differently, so it’s important to know which one is right for you before making a purchase decision.

If you want your boat engine to last longer than a couple of seasons without having to replace parts or rebuild the whole thing from scratch then we recommend using Star Tron instead of Stabil Fuel Stabilizer. It’s made by a company called Star Brite who has been around for several years.

They use only natural enzymes which means they won’t harm your engine at all, unlike other brands which contain harmful chemicals that will ruin your engine over time if you don’t use them right away after buying them. And because they’re 100% biodegradable you can safely dump them down the drain when you’re done using them too.