How To Remove Moss From The Roof Without Chemicals?

HomeHow To Remove Moss From The Roof Without Chemicals?

The accumulation of moss on the roof not only appears terrible but also harms and shortens the lifespan of your roof. We have mentioned a few methods and steps here, which will help you in dealing with the settled moss atop your house.

Many of us remain confused about how to remove the moss and that too without chemicals. Getting rid of a mossy roof is a necessity, and we have put in the best efforts to provide you with a more unobstructed view of the issues and the ways to deal with them too.

These are plants that are non-vascular and absorb Water with the help of their leaves and work such that of a sponge. This actually harms and damages the roof shingles with time, which may get cracked or pulled apart with the freezing Water or thawing. Furthermore, this may allow water to leak and rot the roof. The moss gets settled and flourishes on the edges of the shingle. And their expansion can seriously prove dangerous and may expand the shingles. 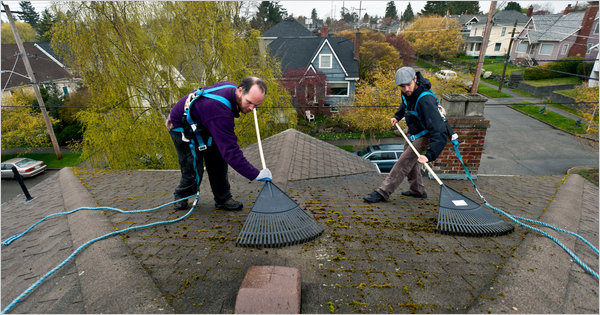 If you aren’t making use of any chemicals that are harsh, then surely you are not harming your environment in any way. We can’t be selfish to just remove plants from the environment in order to get rid of moss. The ecosystem needs to be taken care of.

Out of the varied ways, some of the common ones to remove moss without using harmful chemicals are here:

By treating your roof manually, you can remove the moss by following an eco-friendly way. This is one of the old-fashioned ways to remove the mess. You need to have a black plastic cement, round knife, and a simple broom for manually removing everything that harms your roof shingles. Just get a sturdy ladder, protective eye-gear and shoes, so that a firm grip is established while you are cleaning. Gloves are a must for your safety, and after all, these precautions commence your process of cleaning. 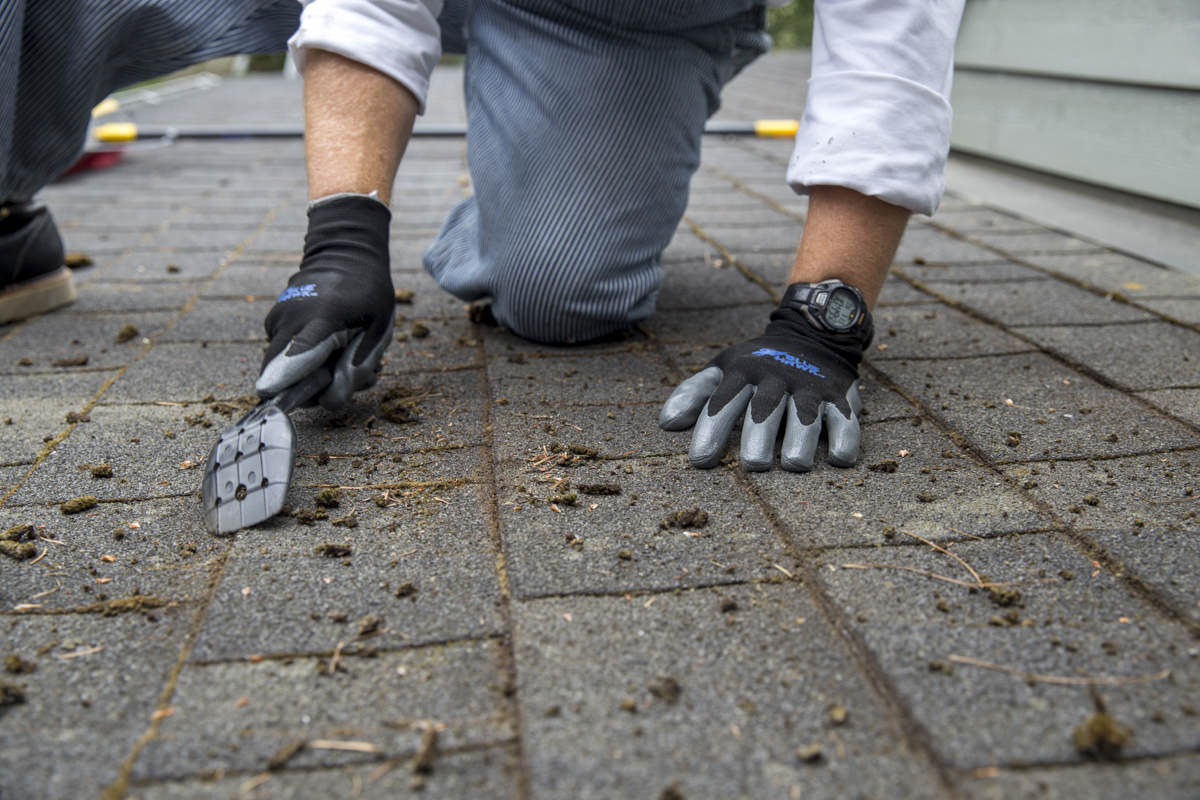 Remove Moss From Roof with Vinegar

An affordable, readily available and an efficient product, vinegar can be used to kill the moss at the initial growth stages. It proves more effective in the first two weeks. Apple cider vinegar and white vinegar both of these can be used to treat the moss on the roof.

The main component of this is acetic acid and the commercial vinegars tend to have 25% higher concentration than the home-made vinegar which is just 5%. A few things may be required by you such as Water, spray bottle, putty knife along with items such as dish soap, plants and salt sprayer.

The process can be repeated, in case more removal is required.

According to the studies, the minimising or increasing the levels of pH greatly help in restricting the moss habitat and helps in killing moss. A study conducted at Armentano et al. (The Bryologist Journal) the levels of pH such as 3.5, 6.4, 7.8 greatly affected the growth of moss. 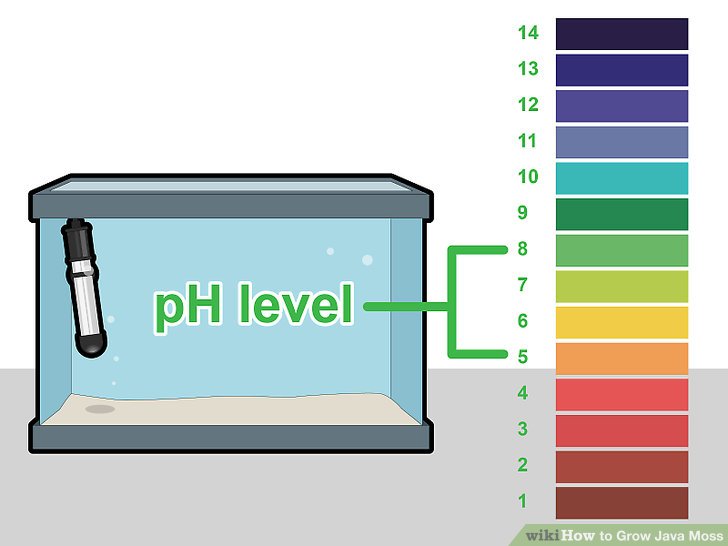 Many things are available in the home kitchens too, such as salt, soap, baking powder and baking soda. Eventually, you can make a good mixture of all of these with appropriate amount of Water and spread it on the moss to kill them. A pH level of 3.5 and the environment which is turned into acid kills moss in the best way. You can use a sprayer to directly for spreading the water and element mixture to abolish the moss atop your roof completely.

Proper care and monitoring are required as some of these may prove corrosive. There are some acids which have a pH level which is much below than 3.5 like juices of orange, apple, lemon, tomato and white distilled vinegar. If used in sufficient amounts these products prove to be quite effective. If the mixture is diluted perfectly then it prevents corrosion too.

This is an effective way to kill the moss. Furthermore, whatever debris gets collected in the gutter should be removed for cleaning purposes. This is an absolutely safe and environment-friendly way that removes moss from the roof. This ensures that the moss is killed and the original condition of the roof is restored.

Blowing And Cleaning With Hands:

The simplest way to clean and clear the moss is blowing and cleaning. On a normal basis you can blow any sort of dirt, dust, leaves and even branches from the roof. This will prevent accumulation of any kind of moisture which may support moss growth. You can later dampen it with Water and get rid of it with the help of a nylon brush. You should work carefully and avoid damaging of the shingles.

The power wash on the roof has to be put into practice keeping one thing in view and that is “keeping the shingles safe”. It is recommended to hire a professional for this purpose. They are experienced and will easily eliminate the moss by causing no damage to your roof. Washing with power may be dangerous, so the entire process should be carried on safely.

If you are located in an area with lots of rainfall, then the mother nature with a bit of your efforts can help in removing the moss completely. For preparing the mixture, use 75% of bleach along with 8 to 6 particles of dish washing soap. This can be filled in the pump sprayer, should be shaken well for ensuring a perfect mix. You should spray it on the surfaces which are affected with moss on the roof. After sometime, the rain will do its work by washing the surface and the rinsing should be done with a hose.

Removal of moss without the use of any chemicals is pretty clear from the above-mentioned methods and steps. This is the best way as the environmental harm of any kind isn’t done and the living things and beings aren’t affected negatively. Your roof will remain absolutely clear and clear without moss. The moss will be removed and the growth will also be prevented with this.

Make the best possible use of these given tricks and keep your house roof look cleaner, brighter and healthier. Even a well-maintained roof of a house increases its saleability value also. These are all DIY methods that can help you prevent cracks, leaks and dampness on the roof. For long-term protection there are many roof cleaning solutions also, and you can invest in one which is safe and chemical-free.